There’s been a ton of ink spilled over the last several centuries about Romans 13 – it was used by slaveowners, it was trotted out a few times during the Reagan years, and it was recently onstage again, this time quoted by Jeff Sessions in support of the administration’s immigration…”policy.”

I’m not going to go into long and boring exegesis on the verse (tho there are a few links below that you might find helpful)1, I only want to point out that this is the same sort of cherry-picking (“read this part, ignore that part”) that people sometimes do (both liberal and conservative) when they want to use the Bible to justify their stand on some issue or other. Whether you want to condemn homosexuals, or support government programs to feed the hungry, or blame all the evils of the world on women (“Eve, why’d you do it?!”), or complain about “these kids and their tattoos”, you can find a verse to support your position.

The best preachers/ministers/rabbis/priests I’ve heard and the best Biblical scholars I’ve read all came back to the same point: you have to read the WHOLE THING – warts and all2 –  and then reflect on any passage in light of that reading.

The whole point of the New Testament is that the admonition to “Love God” and “Love one another” is the lens through which everything else must be interpreted. Serious people can have legitimate disagreement about what policies best reflect this and how to implement those policies (I’m sympathetic to the argument that Jesus was not a social reformer), but to stand in front of people and justify your actions – or your administration’s actions – by simply saying “God says you should blindly obey your leaders” is the kind of behavior that has been turning people away from organized religion since at least the late 80s.

1. A few recent discussions of this verse can be found in the Atlantic, in the Huffington Post (in 2017 when Pastor Robert Jeffress quoted it as giving Donald Trump the right to nuke North Korea if he sees fit), and elsewhere.
2. By “warts”, I mean things like Lot’s daughter getting him drunk and then…you know…sleeping with him, David’s little adventure with Bathsheba, Jesus admitting that he hides the meaning of some of his parables so people won’t understand them and be converted [Mark 4:10-12] 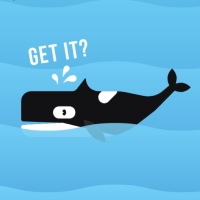 The Maine Event
THE ART OF THE BOARDS

The Official Blog for Artsy Teens

a book of poetry about ADHD, grief, and some of lifes other little struggles

WordPress.com is the best place for your personal blog or business site.

a little bit of everything, seasoned with ADHD